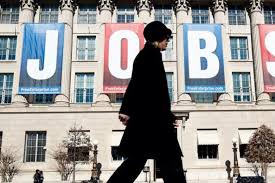 The first month of 2018 is in the books, and it looks like the economic growth many predicted after the tax reform bill was signed into law is starting to materialize. ADP and Moody’s Analytics report that private employers added 234,000 new jobs in January, exceeding their estimate of 185,000. The Labor Department will report January non-farm payroll jobs tomorrow, and many economists are predicting a similar number.

Today, Reuters is reporting that the Atlanta Federal Reserve is now forecasting a whopping 5.4% annualized rate economic growth for the first quarter of 2018. This latest estimate is more than a full percentage point faster than the 4.2% growth they predicted just last Monday. Obviously, it will be a while before we know the actual numbers, but one thing is abundantly clear; the U.S. economy is poised to grow at rates not seen since the 1990s.

Doing Business in the USA

For aspiring entrepreneurs, the positive economic news is a welcome relief from the anemic growth we’ve seen in recent years. Millions of consumers are now getting new jobs, raises and bonuses at existing jobs, and tax cuts, all putting more money into their pockets. And more income means the ability to spend more money on products and services they want and need. If you have been thinking about starting a new business or expanding an existing business, now may be the ideal time.

One way to more quickly capitalize on the economic activity is by franchising. Hundreds of companies across a wide range of industries have franchise opportunities available for those who want to be in business for themselves. The best part about franchising is that although you are in business for yourself, you are not by yourself. The franchisor provides a business plan and training and assistance during the startup phase. And once you are already in business, they provide ongoing support to ensure that you are on track to succeed. 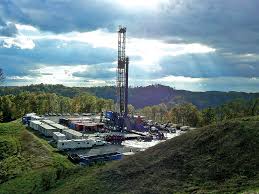 One of the states that is poised to benefit greatly from the economic resurgence is West Virginia. Late last year, President Trump signed an agreement with China Energy Investment Corporation for the company to invest $83.7 billion in shale gas development and other energy projects in the Mountain State over the next two decades. The $83.7 billion figure is larger than the state’s entire annual gross domestic product (GDP), and is sure to create tens of thousands of jobs in the energy sector.

Energy will not be the only sector that benefits from the Chinese Energy investment, however. Think about all the gas stations, restaurants, automotive centers, children’s services, pet care services, entertainment, and other types of products/services these workers will need. These ancillary businesses will be necessary to support the energy workers, creating countless opportunities for savvy entrepreneurs to get in on the action.

The West Virginia story is just one of numerous examples of major foreign investments in various parts of the United States, all with multiplying effects on their local economies. There are also billions of dollars being repatriated by U.S. companies from abroad. Apple alone has announced that it will bring back hundreds of billions of dollars in capital it has had parked offshore, and they will invest at least $30 billion of that money to create a new campus and add 20,000 U.S. jobs.

E2 Visa Provides Avenue for Foreign Investors to Cash in On U.S. Economy 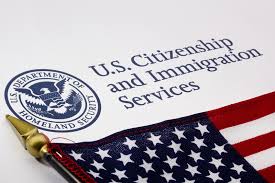 If you are a foreign national who wants to be part of the American economic boom, one of the easiest ways to do so is through the E2 investor visa program. With the E2 program, you can obtain a visa to bring yourself, spouse, and children under age 21 to the U.S. when you invest in a U.S.-based business. The requirements of the program include:

While there is no set dollar amount necessary to qualify for the E2 visa program, experience has shown us that your chances of approval are much greater if you have at least $100,000 USD available. Also, since the new administration took office, there has been a much greater emphasis on the number of American jobs your investment will create. It is expected that your new business will create at least 2 jobs for American workers. The more jobs you will create, the better your chances of getting approved.

Finally, to meet the “non-marginal” business standard, you need to stay away from sketchy business models like multi-level marketing and internet marketing. You need to show that your business has a proven model, and that you have a detailed business plan that can realistically produce a viable income for you and your family in the near future.

One of the best ways to help ensure that your business will be approved by a USCIS or consular officer is to partner with a known U.S. franchise brand. Franchises work well with the E2 program because they are established companies that are well-known and recognized by the officer doing your interview. In addition, franchisors provide extensive startup support and a detailed business plan to present at your interview. This makes partnering with a franchisor one of the smoothest paths toward realizing your dream of owning a U.S.-based business.