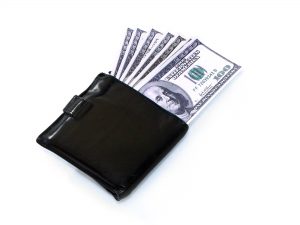 Cash discounting has been around for several years now, and its legality has been repeatedly affirmed by Congress and the courts. Businesses clearly have the right to offer a discount to customers who choose to pay in cash rather than by credit card. And a cash discount program can be implemented legally and in compliance with Visa/MC regulations by using a preprogrammed terminal that properly calculates credit card transactions, and by posting conspicuous signage that clearly explains this to customers.

Merchants all over the country are now saving significant amounts of money on credit card processing fees by using cash discounting. The way it works is that a service fee (usually 4%) is added to credit card transactions to cover the interchange fees, and the signage makes clear that this fee is being added and that all prices posted are for purchases made in cash. It is easy to see the benefits of the cash discount program, but what about the risks?

Merchant services companies have been skeptical of cash discount programs, and many of them have not marketed it to their clients. Many businesses have been skeptical as well, believing that cash discounting will cost them customers. This, of course is a very valid concern as you would never want to do anything that would cause you to lose business.

Reaction to the cash discount program has surprised many in the industry, and it turns out that this program is running into far less resistance than most people ever believed it would. When cash discounting was new, there were three primary concerns:

Lost Business: As we just covered, the main concern among merchants, and really the only reason every merchant in America does not do cash discounting, is the fear of losing customers.

Card Brand Crackdowns: Merchant services companies also had a big concern about how Visa, MasterCard, and the other card brands would accept this program. It would seem that offering a cash discount would hurt the card brands’ business as well, and that they would not take it lying down.

Consumer Advocacy Group Reactions: Finally, how would consumer advocates react to the card paying consumers having to pay an extra service fee for goods and services?

Here is what we have seen so far in these three areas:

Merchants who have implemented the cash discount program have seen virtually no impact on their business. Surveys have shown that overall, roughly 99% of customers never even bring up the cash discount, let alone complain about it. If a merchant does get complaints, it is usually only a couple people, and it normally only happens within the first week or two after implementing the program. But this type of reaction is really no different than what happens when a business implements a price increase, which of course is necessary from time to time.

Recently, I saw someone post a complaint in a neighborhood Facebook group about a restaurant that had a cash discount. The person was complaining about an $0.80 fee on a $20 ticket, and she was lambasted by others in the group. Most of the public understands that businesses have to pay credit card processing fees, and the general sentiment was that it is a lot more fair to pass these fees along to card paying customers rather than making everyone pay for them with an overall price increase. Some also criticized her for complaining about an $0.80 fee, saying that if that was such a big concern for her, she shouldn’t be eating out in the first place 🙂

I was a bit surprised by the overwhelming reaction against the person who posted about the cash discount program – I don’t think anyone came to her defense. But this reaction is definitely in line with what we have seen with businesses who have implemented the program. At the end of the day, it is really not a big deal for most customers. And for the handful who are concerned about the fee, they simply bring cash the next time they come into that business.

Visa, MasterCard and the others are certainly not crazy about cash discounting. They were fighting it for a while, but now they have largely dropped their opposition. At first, they were worried that a cash discount would cause more customers to pay in cash, which would mean they would lose money on bank card fees. What we have all found out is that cash discount programs have very little impact on consumer behavior at all.

In general, those who pay by card are not going to stop paying by card because of a nominal service fee, just as ATM fees have not stopped consumers from using the machines. A few people might switch to paying in cash because of a cash discount program, but that kind of change is barely measurable on a macro level. And for this reason, credit card brands do not seem hugely concerned about cash discounting anymore.

So far, we have seen the exact opposite reaction.

Consumer groups are not complaining about the cash discount program, and the media and politicians have not complained about it either. On the other hand, the American Civil Liberties Union (ACLU) published an article earlier this year that praises the program.

The ACLU article laments the rise of cashless stores and the push by credit card brands to persuade businesses to stop accepting cash. This is obviously a major concern, particularly for those with low incomes who do not have access to bank cards. Many who live in minority communities as well as those who are undocumented are in this situation, and any business that refuses to accept cash is clearly disenfranchising these groups.

In the article, the ACLU encourages consumers to support businesses that charge a fee for credit card use:

If you visit a store or restaurant that charges a higher price for credit card purchases, understand that this is a socially beneficial policy and be supportive. Merchants are explicitly permitted to pass swipe fees (also known as “interchange fees”) along to customers, which among other things is fairer to low-income customers who don’t have credit cards and shouldn’t have to absorb the costs of those cards.

The ACLU also encourages businesses to adopt this type of program:

If you are a business, consider passing along those fees to increase fairness as well as customer awareness of how the current system works.

So rather than fighting the cash discount program, the ACLU standing with merchants who implement it. They are asking consumers to understand why passing along credit card fees to customers is a good thing, and to support merchants who have implemented this practice. With consumer groups like the ACLU strongly endorsing cash discounting, the long-term outlook for this type of program is very positive.

Use Your Cash Discount Program to Help the Community

Changing to cash discounting can certainly save your business a lot of money, and as we are seeing, you will very likely not lose customers, and in fact, you may actually gain customers. There are also ways of building even more support from your customer base for a cash discount program, which may include loyalty programs and partnerships with local charities.

At National Franchise Business Solutions, we work with a preferred processing partner who donates a portion of the proceeds from each bank card transaction to a charity whose mission is to provide nutritional meals and education to poor and disadvantaged children within the local community. Along with the signage for the cash discount program, we also provide signage that highlights this partnership and gives your customers even more reasons to enthusiastically support your business.

If you are interested in learning more about the cash discount program and how it can help your business, give us a call at 651-202-8636 or email us at franchisecity1(at)gmail.com. We look forward to serving you!