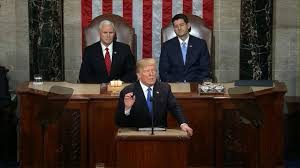 In his State of the Union Address on Tuesday night, President Trump laid out his four pillars that must be included in an immigration reform bill. The plan involves granting a path to citizenship to over 1.5 million so-called “dreamers” (those who were brought to the U.S. illegally as children). Currently, many of them are part of a temporary program called Deferred Action for Childhood Arrivals (DACA), which is scheduled to expire in March.

The President wants three things in return for granting dreamers a path to citizenship:

The reasoning behind the President’s proposal is that we need to fully secure the southern border, and that must include construction of a wall – this was one of his central campaign promises when he ran for President. President Trump also wants to get rid of what he calls a “random” visa lottery system and award those visas to skilled workers. And as for family immigration, he believes it doesn’t make sense for one person immigrating to the U.S. to eventually be able to bring parents, grandparents, siblings, in-laws, aunts, uncles, and cousins.

It is important to keep in mind that, at this point, this is only a proposal, and it is a long way from becoming law. The Democrats are highly motivated to grant some kind of permanent legal status to DACA recipients, but most believe that President Trump is asking far too much. This dispute led to a three-day government shutdown in late January, and could produce similar standoffs in the coming months.

Since 2018 is a mid-term election year, both parties are treading carefully in dealing with this issue. Democrats are leery of looking responsible for another government shutdown just to help gain legal status for people brought to the country illegally, and Republicans are worried that since they control the White House and Congress, they may ultimately be the ones held responsible if a prolonged shutdown occurs. In the meantime, some Democrats and Republicans are trying to find common ground for a deal that would satisfy both sides and keep the government open.

While no one knows exactly what will finally be negotiated between the President and Democrats in Congress, it is clear that the President’s goals are to shut off the flow of illegal immigrants and reform America’s legal immigration system to make it less family-based and more merit-based. If I were to guess right now, I would say that the final compromise might be to grant legal status (with no path to citizenship) to just the 500,000 or so dreamers who have signed up for the DACA program in exchange for most (if not all) of the $25 billion requested for the border wall. This would leave ending the visa lottery system and chain migration as issues to be tackled in a more comprehensive immigration reform package down the road. 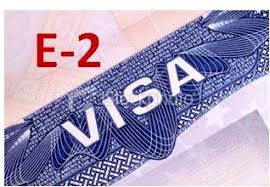 The E2 visa program has been widely used by foreign nationals in recent years who want to start a business in the USA. Thousands are approved each year under the program, and it is widely seen as one of the easiest pathways to residency in the United States. So far, the E2 program has remained mostly off of President Trump’s radar.

In 2017, E2 visa processing times were a little longer than in years past. In addition, applicants were more heavily scrutinized to ensure that their investment amount was “substantial” (in general, this means at least $100,000 USD), their business was “non-marginal” (not a sketchy business model such as multi-level marketing), and that their new business was creating at least two new American jobs.

When Congress and the President finally tackle comprehensive immigration reform, there is a strong likelihood that the E2 visa program will remain in place and not be changed much. There was a report late last year about E2 visas from Grenada, but this has to do with Grenada’s “Citizenship by Investment” program, and the fact that many foreign nationals are using it as a back door into the United States. This has caused E2 applications from Grenada to be looked at more carefully, but this is only because of their specific policies, and has nothing to do with the E2 program as a whole.

So how will immigration reform affect the E2 visa program? The President’s goal is to bring more foreign investment and more skilled workers into the country, and the E2 program is perfectly aligned with these objectives. For this reason, I don’t expect lawmakers to do away with the program or tamper with it too much. If anything, they might be leaning more toward improving the program for those who hold E2 visas.

Last July, Congressman John Rutherford (R-FL) introduced the E2 Visa Improvement Act of 2017, a bill that would allow E2 visa holders who have been in the United States at least 10 years and created at least two full-time jobs for Americans to obtain a green card. Though the bill did not pass last year, this type of change could end up in a broader immigration overhaul.

Another thing to consider is the future of family-based immigrant visas. Whether it becomes law this year or not, the President clearly has his sights set on seriously limiting family-based visas. One of the major advantages of the E2 visa program is that it allows qualified applicants the ability to come to the United States without family, employment, or school connections.

As long as you meet the requirements, you can bring yourself, your spouse, and any children you have under the age of 21. And while you are living in the U.S. and operating your business, your spouse can get a work permit to find outside employment. This can be very helpful in supporting your family, especially during the first year or two when you are building your new business and adjusting to your new life in America.