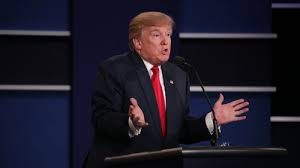 The election of President Trump sent shockwaves throughout the political world. And when it comes to immigration, there is a lot of uncertainty among foreign nationals about how friendly the new administration will be to newcomers, and particularly those who want to invest in a business through the E2 visa program.

In his inauguration speech on January 20, President Trump said this:

From this day forward, a new vision will govern our land.

From this moment on, it’s going to be America First.

Every decision on trade, on taxes, on immigration, on foreign affairs, will be made to benefit American workers and American families…

In the past, President Trump has expressed a desired to deport undocumented immigrants with criminal records and build a wall along the southern border with Mexico to keep illegals from coming into the country. And in his first few days in office, the president has taken actions toward enacting these policies.

The question is, what (if anything) will change with the E2 visa program under the new administration? The short answer to that is probably very little.

The president does have the authority to make some adjustments in the number of approvals, but he cannot do away with the program without an act of Congress. In 2015, there were over 40,000 E2 visas approved, and when the numbers are available on 2016, they will likely be similar. The good news about E2s is there is no yearly cap, so there is no point in the year when they stop accepting applications because they have reached a yearly limit. There are, however, some loosely defined terms in the current E2 visa law.

For example, the law states that you must make a “substantial” investment in a U.S.-based business. Until now, $100,000 USD has been used as a safe guideline to meet the definition of substantial. Under President Trump, this figure could be adjusted slightly to maybe $125,000 or $150,000. The law also states that you must invest in a business that is “non-marginal”. This has been taken to mean a real, bona-fide business, rather than some marginal money-making scheme.

So how does an immigration officer know if a business is real? Usually by reviewing a detailed multi-year business plan. Under the new president, these plans will likely be looked at more closely. This makes it more important than ever to choose a business model that will be considered real and with a strong likelihood of success. And this is why E2 visa franchises are among the best options for foreign investors who want to do business in the U.S.

By investing in an E2 visa franchise, you are purchasing a business with a name brand that is known to USCIS officers, and has a proven track record of success. Franchisors also provide the strongest training and support to their franchisees. Remember, it is in their best interests that you succeed, because their name and reputation is on the line. The USCIS knows this too, which is why they are far more likely to approve an E2 applicant if they are investing in a franchise.

So which franchise brand is right for you?

This is always a difficult question. There are literally thousands of franchises across a wide range of industries, and it can take countless hours to filter through all that information. At Franchise City, we offer a better solution. We work with over 600 of the top franchise brands in the U.S., and through a proven multi-step process, we match foreign nationals with the franchise that best suits their passion, skills and budget. In addition, we work with some of the top E2 visa lawyers in the country to help ensure a smooth and seamless application process. For a comprehensive overview of our E2 visa program and how we can help you realize your American dream, go to https://franchisecity.net/visit/e2-visa/.