Many foreign nationals have been rightfully concerned about U.S. 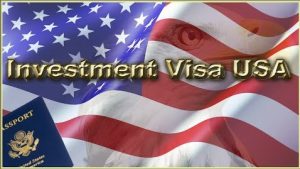 immigration policies since President Trump took over. While campaigning, the president made clear that he wanted to crack down on illegal immigration, pledging to build a wall on the southern border to help address this issue. He also talked about the need to streamline the legal immigration system, to make it more merit-based and less family-based, and to ensure that those coming into the U.S. would make substantive contributions to society.

One of the areas in question is the E2 visa program. The E2 is an investor visa program in which foreign nationals can make a substantial investment in a legitimate U.S.-based business. The program allows investors to live and work in the U.S. while the business is active, and they can even bring their spouse and underage children with them. Although the E2 is not a permanent resident visa, it can be renewed indefinitely as long as the business is still operating. In addition, there are several potential ways an E2 visa can lead to a green card.

E2 Visas in the Trump Era

In recent years, the United States has approved around 36,000 E2 visas annually. This averages out to about 3,000 per month. Traditionally, the timeframe for the approval process has been 1-3 months as long as you have all your paperwork in order. Under the new Administration, there has been some minor tightening of the E2 process, but nothing that should deter a legitimate investor from pursuing this path.

Previously, the investor had always been advised to have at least $100,000 USD to invest in a business. Though this is not a firm number, it has been a good general guideline for approval. There has been some flexibility in the past with the investment amount, however, and applicants had been known to gain approval with a lower investment. Currently, we are advising that you have $100,000 USD at a minimum, but if possible, it would be best to come up with $125,000 to $150,000 just to be safe.

Another area of greater scrutiny is the type of business. The guidelines have always stated that the business you invest in must not be “marginal”. By marginal, they mean a risky business such as multi-level marketing or similar business models, or a business created for the express purpose of supporting the investor and his/her family. USCIS officers are now examining this more closely, and you need to be very careful which type of business model you choose.

In our experience, the best type of business for E2 visa applicants to invest in is a franchise. Franchise businesses work very well with the E2, because they are established brands which are well-known to USCIS officers. Another great advantage is that the franchisor provides a detailed business plan (another major requirement for E2 approval), and extensive training and support. The franchisor has a strong interest in your success, because their brand and reputation is on the line. For this reason, they will provide a high level of support to help you as a franchisee become successful.

When people think of franchises, most think of fast food restaurants. And while it is true that food franchises can be lucrative, there are numerous other business models you can choose from. For example, you can be successful with a franchise in a wide range of industries, such as senior care, cleaning, health and fitness, children’s services, and even sales-based. In fact, at National Franchise Business Solutions, we work with over 600 franchise brands, and through a multi-step process, we match E2 visa applicants with the franchise business that best suits their passion, skills, and budget.

The Future of the E2 Visa Program

What can we expect for the next 3-7 years of the Trump Administration in regards to the E2 visa program? In our opinion, there will only be minor changes, and we have probably seen most of that already. It is important to keep in mind that the E2 investor visa is fully aligned with President Trump’s policy objectives. Trump wants to bring more investment into the United States and create more American jobs, and the E2 program does both. So if you are considering viable options for doing business in the U.S., the E2 visa remains one of the best programs available for foreign entrepreneurs.